Details
The Archaeological Museum of the Territory of Populonia

The renovation of the Palazzo Nuovo 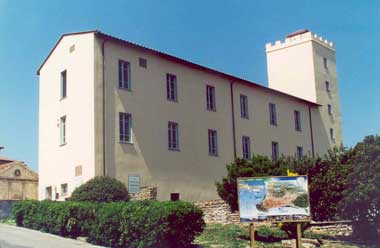 Palazzo Nuovo,which today houses the Museum, has undergone a recent renovation after the changes in its appearance and purpose over the last two centuries. It was built in 1807 under the project of the architect Gabrielli, in the realm of the organization of the imperial palaces of Napoleonic Piombino and the Baciocchi principalities: its function was to house on an area of around 1.800 square metres the court to the upper floors, and the servants, cooks and other workers on the ground floor. Transformed into a school at the beginning of the 60s, it was subsequently abandoned in the early 90s.

After the demolition of the scholastic block which occupied part of the original area of Piazza Citadella, the renovation work restored the original, typological and architectural features of the building. 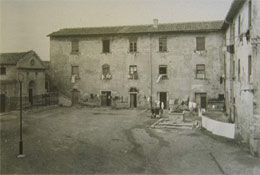 The restoration of the original stairwell, the internal layout of the areas and corridors, the recovery of the original wooden covering of the rooms and the second floor are the outstanding points of the project, which also involved the static consolidation of the structure, the creation of new installations and facilities, and bringing the building into line with the legislation in force.

The fortified context of the Cittadella, where at the end of 1400 the town planning complex of the Appiani was developed, gathered within the walls and the battlements stretching along the rock, has thus re-acquired its original value as a reference point for the city and its territory, the centrepiece of attraction for the cultural activities of Piombino and its area.

The Archaeological Museum of the Territory of Populonia