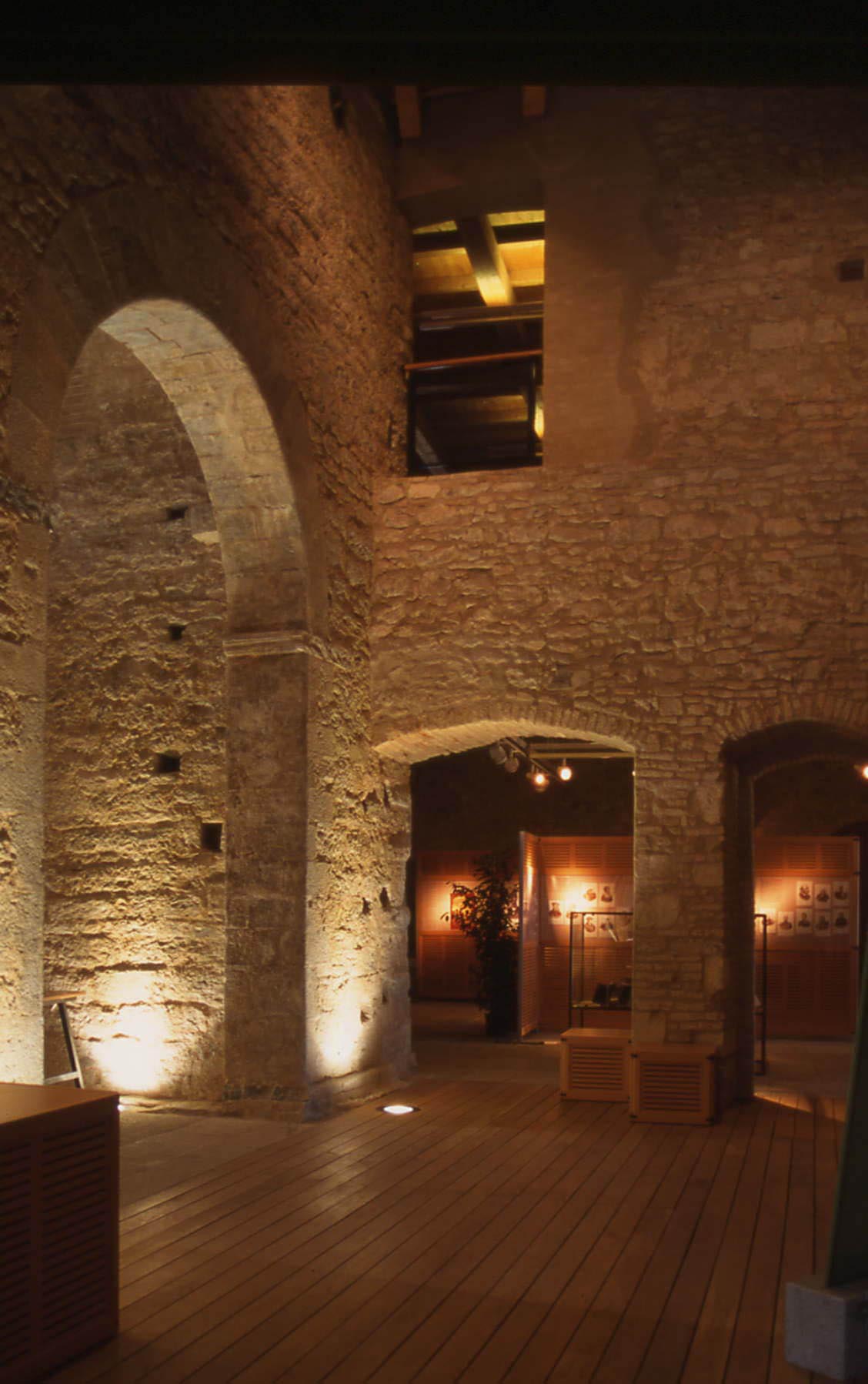 The importance of the information obtained from archaeological investigations, the impressive nature of the castle remains, and the relevance of Piombino to the main historic events of Tuscany and of the whole peninsular, have justified the creation of a museum aimed at reconstructing and linking the history of the town to that of the castle from the Middle Ages until today. Panels, computer resources, graphic reconstructions, videos and showcases (displaying metal and pottery artefacts discovered during excavations) guide the visitor through the fascinating history of this sea-side town which reflects that of the whole region and is illustrative of the course of history in other important centres in Tuscany. The museum occupies three floors of the castle. The lapidary coats-of-arms which were originally on the facade of the building are on display on the ground floor, where the history of the castle is explained and illustrated. Space is dedicated to the story of restoration carried out between 1999 and 2001. A small area has been preserved just as the archaeologists left it in order to illustrate the importance of the most ancient remains discovered. The first floor is dedicated to the history of the town. The most important metal and pottery remains discovered during excavations are exhibited in showcases placed along the visitor’s route through the museum.
The top floor houses a room dedicated to a detailed examination of the events that have marked the history of Piombino during the Resistance and in the 20th century. In the audiovisual room there is a continuous showing of a video featuring the town’s history from the Middle Ages until today.
Finally, a project for a new section of the museum is nearing completion. This will have as its centre-piece the stone zoomorphic heads taken from the Canali fountain (dating to the 18th century and probably the work of Andrea Pisano, the heads have been restored and plaster casts put in their place), and a vast selection of medieval pottery of exceptional documentary importance discovered by chance in the filling of the vault of the church known as “S. Antimo sopra i canali”.