10 things you should not miss in our parks and museums

1. Val di Cornia underground
A natural setting, suspended between the past and the present, in the Archaeological Mines Park of San Silvestro. For an authentic and wonderful mining experience, you can walk inside the “Temperino” mine, wearing coloured helmets taking you on a 360 meter fascinating trip that follows a complexity of tunnels and underground archways. It is surrounded by the underworld light and shadows that have been transformed into a pleasant  journey to the museum which is of a great geological and historical interest. There is also the Lanzi-Temperino Gallery, where you can go aboard a mining train on a journey inside the heart of the earth surrounded by the mine shapes and colours.

2. A jump in the past of the Rocca (fortress) San Silvestro
The Rocca of San Silvestro is the heart of the Archaeological Park, a medieval village of miners and metal smelters, which offers a unique journey, through the remains of houses, a church, a cemetery and the noble zone and the industrial area. Radiant and proud, oblivious to the whipping wind, the fortress stands dominantly over the surrounding countryside, imperiously preserving its history.

3. Baratti, where the land "glitters"

The Archaeological Park of Baratti and Populonia is a gleaming outdoor iron museum, that shows the prominence of the old industrial city of Populonia, the only Etruscan city built by the sea.
Walking on this gleaming land of iron powder and metal waste you can discover the city of houses and temples (the Acropolis), the industrial city and the necropolis of San Cerbone, with mounds and tombs (made like little temples), sarcophagus (VII-IV BC), and cave tombs dug into the rocks (IV-III BC). It is connected entirely by paths, as it was in the past, follow the original roads, through woods and Mediterranean bush and blooms to unexpected views of Elba island.
This year, the Acropolis is changing its look, thanks to an important project funded by Arcus (a company that promotes and develops arts and culture). At the end of the work the Park will have a new aspect: one of the temples will be partially reconstructed & the mosaic floor will be visible again and a new path will create some useful spaces. The “Mosaico dei Pesci” that was here before is now exposed in the Archaeological Museum of the Territory of Piombino. You shouldn't  miss this!

4. The archaeology that takes shape
Under the guidance of experienced operators, every weekend during spring and summer, adults and children can reproduce objects and tools with their own hands while rediscovering the ancient processing techniques in the experimental archaeology centre of "Davide Mancini", located in the archaeological Park of Baratti and Populonia. 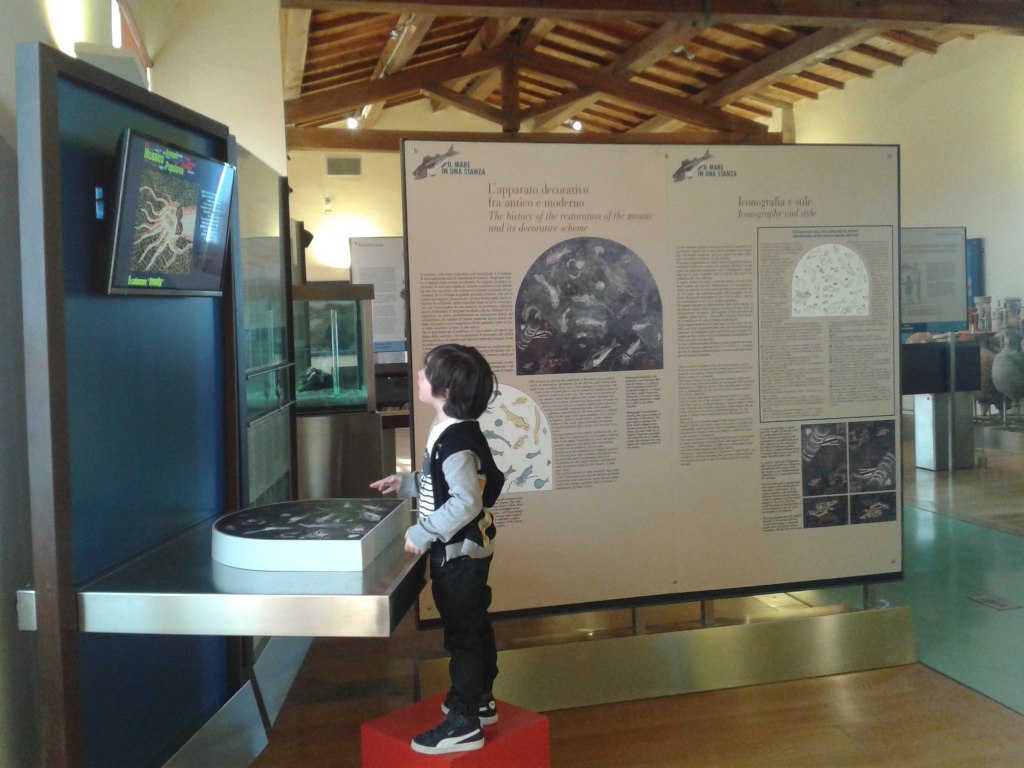 5. A Museum that touches “all 5 senses”
The Archaeological Museum of the Territory of Populonia, overlooks the sea in the heart of the historical centre of Piombino, here you can find: display cases, full-scale exhibitions of the activities and the ancient habitat, videos of archaeological discoveries and a large landscape reconstruction which give voice and life to the precious relics kept within the halls. Not to be missed is the amphora of Baratti, a silver masterpiece from the sea which is the symbol of the Museum and the beauty of the land.
A new "multi-sensory" trail, and the introduction of three tactile-visual-auditory stations, that allow everyone to understand and enjoy the three symbols of the ancient history of Populonia, enrich a visit to the Museum: The Tomb of the Carri (the best preserved Etruscan tomb in Baratti and Populonia archaeological Park), the Roman mosaic named "of the Fish", and the silver amphora of Baratti are masterpieces of the Late Antiquity age. A new, simple and appealing way to "bring the story to life", even for the youngest and for those with no archaeological knowledge.

6. The discovery of the cooking and tableware of the Middle Ages

Which items were used for cooking and setting the table for a meal in the Middle Ages? What did people used to eat at that time? You can find out by visiting the “Museum of the Castle and of the Medieval Pottery”, in the historic centre of Piombino. In fact, amongst the massive walls of the castle, an exceptional discovery has been preserved: hundreds of ceramic vessels dating back to the thirteenth century, discovered by archaeologists in the church of S. Antimo, above a Canal, near the old port of the city. The museum tour starts from here, with a technological and multimedia exhibition where you can touch, feel & see archaeological artefacts. The tour twists  through the halls showing the entire life cycle of the finds, from their production to the their usage in the kitchen and at the table. 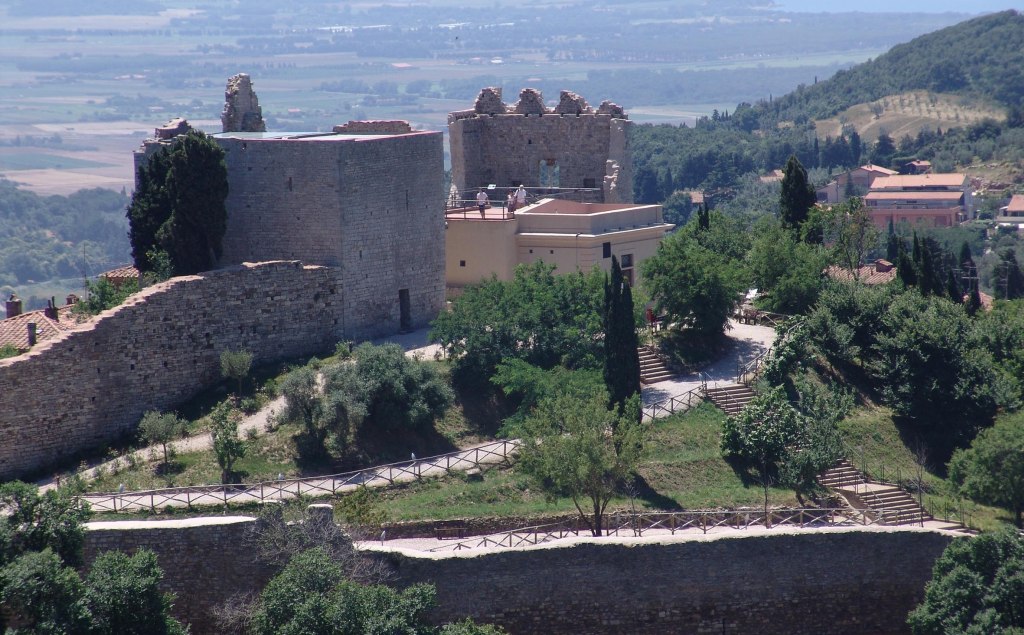 7. From Rocca to Rocca:  from the San Silvestro fortress to the Campiglia fortress
The Rocca of Campiglia, and its museums, are an important historical connection between the village of Campiglia and the San Silvestro Park.
The Rocca has witnessed three different millennia of history: from the first settlement of the eighth-ninth century, a hut village of pig farmers, to the arrival of the powerful Gherardesca Counts of Pisa to the present day. Archaeological finds discovered during the fortress excavations can be found in the Rocca museum. Besides the items commonly used in everyday life (like pottery, personal items, games), an almost intact armour, a helmet and a small collection of weapons was also found, it refers to the garrisons from Pisa that occupied the tower adjoining the cistern (tank) from 1287. The fortress, a little medieval gem made of stone, towers over the Campiglia Marittima old town and can be discovered through a maze of paved alley ways.

8. Fascinating natural scenery
A coastline touched by the waves of the sea, kilometres of white beaches and fragrant flourishing  Mediterranean forest, windswept and perfumed with sea salt, is a fragment of the true Mediterranean Tuscany. This is the environment that characterises the coastal parks of Sterpaia and Rimigliano, in Piombino and San Vincenzo. Protecting dunes allow a bathing experience surrounded by nature. There is lots of access and many routes to the sea. On the beaches you can find paying facilities that alternate between wide stretches of free use beach . We recommend that you bring your swimming costume because it's too hard to resist the temptation to dive in! 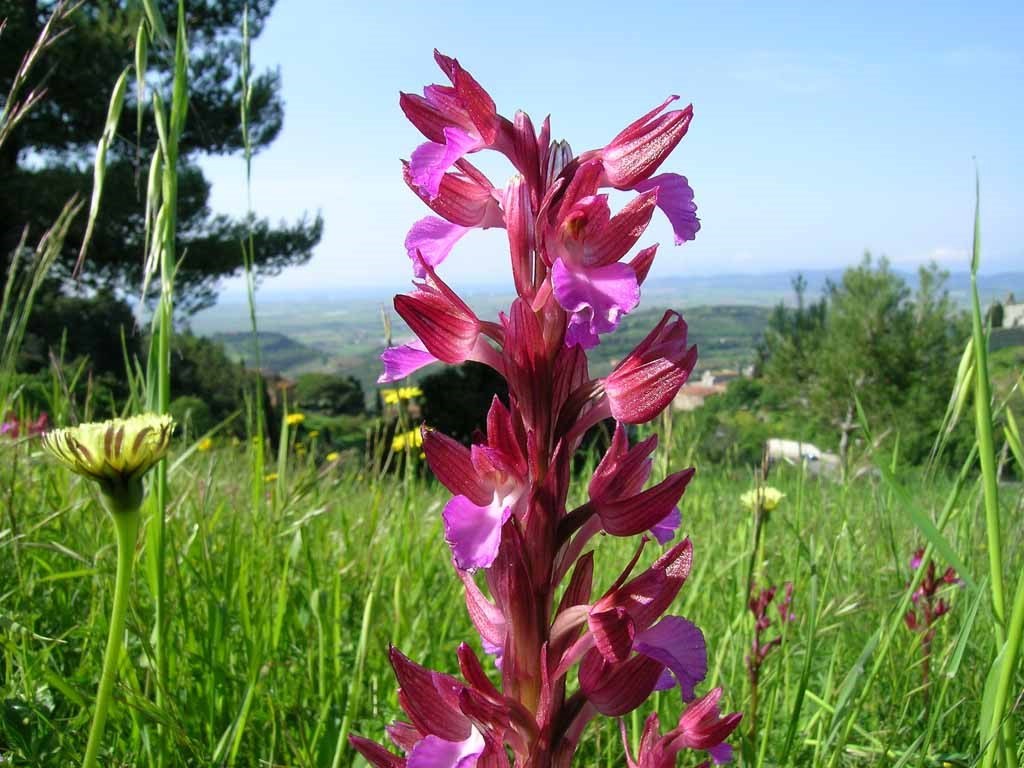 9. Orchids in bloom
Between May and June you can walk through the Archaeological Mine Park of San Silvestro and it is possible to admire the many different colours of numerous wild orchid species. The presence of wild orchids in Val di Cornia, in addition to having a strong environmental value, is also linked to an ancient legend. The story goes back to the Saracen pirate raids in Val di Cornia. At that time a young girl called Ubertenga was living with her father Admut, a potter, who had his workshop near the fortress of San Silvestro. One tragic autumn morning the Saracen pirates landed on the beach, in front of Mount Calvi. They violently raided the village and didn't leave any survivors. The potter and his daughter were killed in a meadow near the house and the blood drops of Ubertenga gave life to beautiful flowers that had never been seen, the wild orchids. 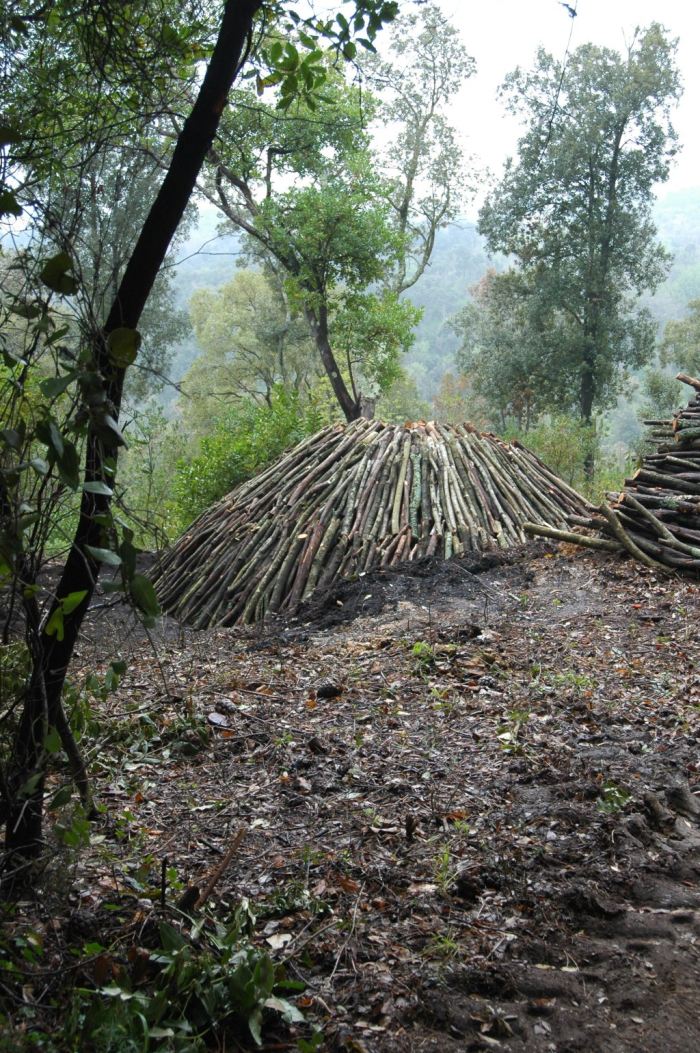 10. An island of green hills
In the natural parks of Val di Cornia, it is possible to go trekking and walk through more than 7000 hectares of forest.
In the Montioni Park visitors can roam along countless paths, once used by woodcutters, charcoal burners, shepherds and hunters. The routes also allow us to discover traces left in this area by the Princess of Piombino Elisa Bonaparte, Napoleon's sister, with remains of the mining village of the Napoleonic era and the thermal baths.
At Poggio Neri, we can still see traces of ancient economy: coal, chestnuts and hunting. The forest Museum invites you to explore the wood crafts and, in particular, the Charcoal world.