Details
The Coastal Park of Rimigliano

The Territory through the Ages

The first notable civilisation to appear on the territory was that of the Etruscans: the city of Populonia, thanks to the underlying port of Baratti, constituted the centre of commercial exchanges with Elba, where the iron minerals came from, the raw material for a flourishing metallurgical industry. In the nearby hills of Campiglia, precious metals such as copper, lead and silver were extracted and worked on.
In the Roman period, the territory underwent a decisive transformation: the construction of the coastal road suitable for vehicles which led from Rome to Pisa and the “Gallia cisalpina”. This road used to carry and still does carry the name “Aurelia” and, for a short stretch, “Emilia Scauri”, from the name of the consuls who had had it built. The road used to cross an inhospitable landscape, full of swamps and lagoons. 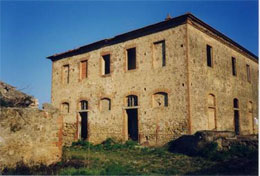 After the invasion of the Goths, in the late Medieval period, a few Lombard families settled in the area, amongst whom were probably those who gave the origin to the della Gherardesca, connected to the Republic of Pisa, the centre of political power.
In fact, it was the Pisans who built a coastal tower, San Vincenzo, keeping watch over the obligatory pass to the south: the village of San Vincenzo is in fact located at the point where the last layers of the metalliferous Hills near the sea.
The territory currently occupied by San Vincenzo, constituted the Estate of Biserno, dominated by the Counts of the same name, a branch of the della Gherardesca family. Despite the ties with the Republic of Pisa, the Biserno often struggled with the central power, so much so that in 1296 the Pisans razed the castle and the village of Biserno to the ground and transferred the population to a small settlement created expressly at the tower of San Vincenzo, under direct Pisan control until 1405, the year when the entire Maremma was subjugated to the Republic of Florence, following the decisive clash between Pisa and Florence.
In the 16th Century, fishing flourished, in particular in a natural swamp created to the north of the Park by the course of the water named Botro ai Marmi, not flowing into the sea. To aid this further, the Campligliese channelled the waters of many streams into this swamp, amongst which the so-called “Rio Emiliano”, of the same name as the Park.
The swamp used to occupy an area of about 200 hectares and was dried up with the reclamation work of Cosimo de Medici in the 16th Century, following which, in 1833 further reclamation and diverting work for small flows of water took place. The widening and total reconstruction, in record time, of the coastal road from San Vincenzo to Piombino, in the Park of Rimigliano, dates back to the Napoleonic period. This took place in 1804-1805 to welcome to the town of Piombino the princess Marianna Bonaparte and then Elsia Baciocchi, to whom the brother Napoleon had assigned the principality of Piombino, with the addition thereafter of the principality of Lucca. Even today the road of the Princess is the most scenic route between the two towns.

The “Road of the Princess”

The widening and total reconstruction, in record time, of the of the coastal road from San Vincenzo to Piombino, in the Park of Rimigliano, dates back to the period of Napoleonic domination. This took place in 1804-1805 to welcome to the town of Piombino the princess Marianna Bonaparte and then Elisa Baciocchi, to whom the brother Napoleon had assigned the principality of Piombino, with the addition thereafter of the principality of Lucca.
In honour of the sister of Napoleon, since that time the old Via dei Cavalleggeri became the Via della Principessa - the Road of the Princess. Today it is classified as Provincial Road no. 23 and like the original is 17km long

The road of the Cavalleggeri was so called for the specific name of a few soldiers, the Cavalleggeri, assigned to the “raid” on the coast road who, with the characters of mule-drivers, wound along the rocky and sandy coast, both north of Livorno along the Tombolo, and to the south until Torre Nuova, where it joined the Piombino section.
A report on the fortifications made in 1748 by the Lieutenant of the Corps of Engineers Iorenese Masini informs us that this road – which presented wooden bridges over numerous rivers and streams and a “boat” constantly under watch for the crossing of the River Cecina and precipitous stretches, highly dangerous for “men on horseback” – was patrolled daily by the cavalrymen who had duty of making “their Report to the lords of the Towers, on whatever passed each day”.
In the end, after the operations performed in the years of the French domination, in 1820 the road section from San Vincenzo to Piombino was built.
In the map of the land registry, dated 1821, it results that the new road as leading directly from San Vincenzo to Piombino, following principally the road which for centuries had been the so-called road of the Cavalleggeri and that they used to use the road for as a connection between the various coastal towers. The new road is indicated on the map with the name of the Maestra Piombinese Road, but it is known that it was soon after and is still called the “Road of the Princess” (Strada della Principessa), in that it was built in record time between 1804 and 1805 to welcome to Piombino Elisa Baciocchi Bonaparte, the sister of Napoleon, who had assigned her the Principality of Piombino.

Elisa Bonaparte Baciocchi
She was born in Ajaccio on 3rd January 1777. In Marseilles she married Felice Baciocchi, a dark Corsican captain, greatly disappointed with her brother Napoleon who was aiming at a political marriage. She lived in Corsica until 1798 and then transferred to Paris where she wanted to stay, refusing to follow the subsequent moves of her husband.
Thanks to her brother she obtained the titles of the Duchess of Portoferraio and shortly after became, together with her husband, sovereign of the Dukedom of Lucca and Piombino. On 14 July 1805, she made her entry to the town. The state was subsequently enlarged to include Massa, Carrara and the Garfagnana. To the small state she applied the instructions of Napoleon, seeing to the introduction of the French laws, the re-ordering of the administration, the bureaucracy and the justice system. She encouraged industry and commerce, awarding in addition a vast series of reclamations and public works.
When Tuscany was annexed to France, on 3rd March 1809 Elisa was granted the title of Grand-duchess. In reality, her powers were rather limited and her government depended directly on Paris. In Florence, Elisa had to tackle the years of the continental block, imposing against her will the obligatory conscription and a rigid ecclesiastic policy imposed by Napoleon. All this combined with the plundering and rising excessive taxation led to discontent and uproar in Tuscany.
The end of her reign came with the arrival of the troops of Gioachhino Murat who occupied Florence on 1st February 1814. She went to Lucca, then to Genoa, Montpellier, Bologna and in the end to Graz. Her personal fortune remained intact and she was definitely the only Bonaparte not to have financial difficulties. She died in Villa Vicentina – in the countryside of Friuli, between Cervignano and Aquileia – on 7th August 1820.

The Park Institution of Rimigliano represents the first result of an interesting planning joint-municipailty experience, promoted since the 1960s by the Provincial Administration of Livorno and performed by the Municipalities of San Vincenzo, Castagneto Carducci, Bibbona, Cecina and Sassetta. The five Muncipalities drew up five coordinated plans, but legally and formally autonomous, in which priority was given to a territorial organization which in turn develops tourism, intended as a measure for socio-economic re-balancing in the territory, not to the detriment of natural resources.
Since 1975, a second stage of the coordinated planning has been continuing which, in addition to the Province of Livorno, involves the Municipalities of Piombino, Campiglia M.ma, Suvereto, San Vincenzo. Among the tourist infrastructures, great importance is attributed to the natural parks, intended as territories in harmony with the surrounding area and thus available in the ways and limits imposed by the features and the importance of the historical, natural and archaeological pre-existences for which they were established. In this context, the Park of Rimigliano is destined by the urban planning instruments as an “equipped territorial park”, to blend the environmental protection with the tourist use of the coasts and wooded areas. 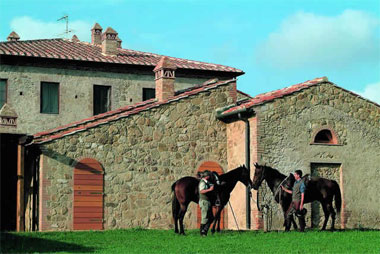 An agreement made between the Municipal Administrations involved sanctioned in May 1973 the start of the management of 2km-strip, within the coastal sector. The Municipality of San Vincenzo commissioned the Natural History Museum of the Province of Livorno to conduct a study on the natural environment of the park. In addition, the first facilities were completed for use and the operations for protection: a fence to prevent any motor vehicle from accessing the internal tracks from the Strada della Principessa and windbreak barriers protecting the dunes and their characteristic vegetation.
Since this date, numerous picnic areas, benches and signposted pedestrian trails have been completed in the park. The signs display indications of the vegetation and wildlife species present in the park. In addition, showers and public toilets, a restaurant point at the main entrance and wildlife information boards have also been added.

More recently, two unused ruins existing within the park have been renovated in project by the Val di Cornia Parks S.p.A.: the rural complex of the Casa Rossa farm, destined for various services such as catering, welcome centre, park documentation, all characterized by full accessibility for the disabled; the buildings of the former camp site “La Torraccia”, which will be used for the restaurant.

‘70s-‘80s: planning of the territory coordinated with the Municipalities of the Val di Cornia, with the identification of the area to be destined for territorial public parks
1993 Establishment of the Val di Cornia Parks S.p.A., regulatory body of the System of the Parks of the Val di Cornia (investments and management)
2000-2002: production work of a reception structure equipped for managing the disabled, a restaurant point in the beach area and some structures for beach access for the disabled in the Coastal Park of Rimigliano
2003: opening of the facilities in the Coastal Park of Rimigliano